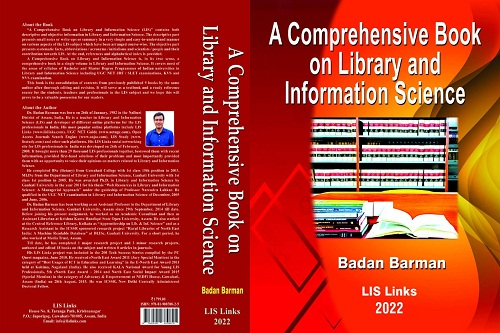 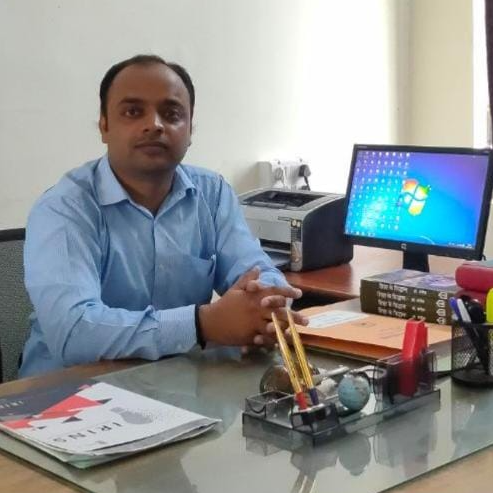 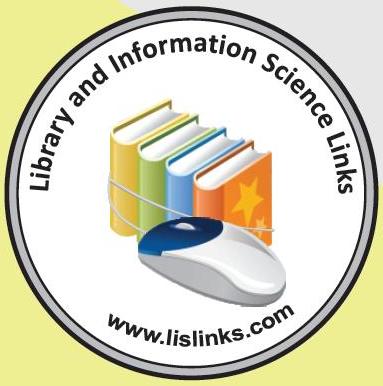 Regarding Online Workshop On "Enhancing Research Visibility: Trends, Techniques and Strategies". at Mumbai

Does a librarian get enough respect &c o-operation in his her working field, in the society or in the nation like India.

The status and cadre of any person always recognized by his/ her work and profession in our society. The image of a profession is created in form of the judgment or perception of others by analyzing the nature of work, type of work, customer satisfaction, quality and quantity of the performance etc. The staff of library are not always held in such high esteem and the general public does not have positive image of the librarians. The librarians have the stereotype  image in the library.

You have raised a "Million Dollar" question!!

Actually 'Respect' is an adjective  which is complex to ascertain as it is directly associated with 'perception' and that too, of different individuals in respect of a particular individual!!

However, simply speaking, I fully agree with Dr. Pachauri's statement but I like to add a few lines as my personal perception.

It is a bare fact that our society, by and large, is oblivious about the profession of Librarianship. And, none-the-less, we, the Library professionals have not done anything remarkable so far (of course, except a few) that our 'profession' can be recognized with high esteem. There is no denying that some individual have won respect, but mostly from their peers. We feel proud for Late Dr. SRR, but it is quite debatable how popular his name is among people beyond the field and profession of LIS!!

A person is socially recognized because of his/her contribution to the Society and you can well understand that it requires a fruitful and viable interaction with the society. Unfortunately, because of the very nature of the profession, our roles are mostly limited within our work-sphere!! Of course we have ample scope to make mark among scholarly communities/societies and some among our profession are highly respected among scholarly community because of their professional contributions.But, as I mentioned earlier, these are restricted within such "limited" domains!!

I must add here that the post, designation or pay scale do not matter much to acclaim the reputation/recognition.

For instance, the best Librarian I came across is one who had passed just a certificate course in Librarianship and worked in a Public Library of Rural Sub Divisional Town in West Bengal and the service was voluntary when I got acquainted with him.

He possessed an extraordinary zeal and ability to advocate "awareness" among people of diverse social strata!! His objective was to provide 'Information' to people for "Awareness".

He had a few bound exercise books which were his own "Index to Reference Sources"  of extremely diverse disciplines. Because of his unique traits, he was respected by the bureaucrats like SDOs, SDPOs, BDOs, ADMs (Additional District Magistrate) The Agricultural Officers, Station Master of nearby Railway Stations on the one hand, on he other, the academic people like School teachers, Head Masters & faculty & Principal of the local and nearby Colleges. One will be surprised to learn that often the managers of local banks used to treat him as SPOC (Single Point Of Contact) because of his enormous popularity and influence among the farmers!!

Of course he never received the coveted "Padma" awards of Union Govt nor any State Govt. awards (as the library was later recognized as a "Town Library" and he and one other volunteer was made govt staff) but on the day he passed away, the Schools & Colleges were declared holiday for half of a day!!   It was a huge tribute as I can say. And most importantly, he used to introduce himself as a 'LIBRARY WORKER'

So you see that recognition of profession comes with the activities of persons involved in that profession. I must say that I am a strong believer of the fact that Only the professionals can uplift the profession.

I thank you for your post once again, as it gave me the opportunity to contribute my tribute  to a great "worker" of our profession.

Sir, can i have your number or email id, i wanna talk to you regarding various issues related with library establishment. We are running an NGO.