Santhosh updated their profile
4 hours ago

Webinar on Copyright Issues in Digital Environment at virtual

Webinar on Copyright Issues in Digital Environment at virtual

Many Bollywood /Hollywood /Ollywood Moves Shows library and its use by Young generation as a Different Dimension but till the earth ends Library is only one place which have no Discrimination with user like a MOTHER for all his Children. But Can We able to maintain its Dignity.

“There would be four times more boys in the library if girls were allowed in,” says Lt Gen Zameer Uddin Shah 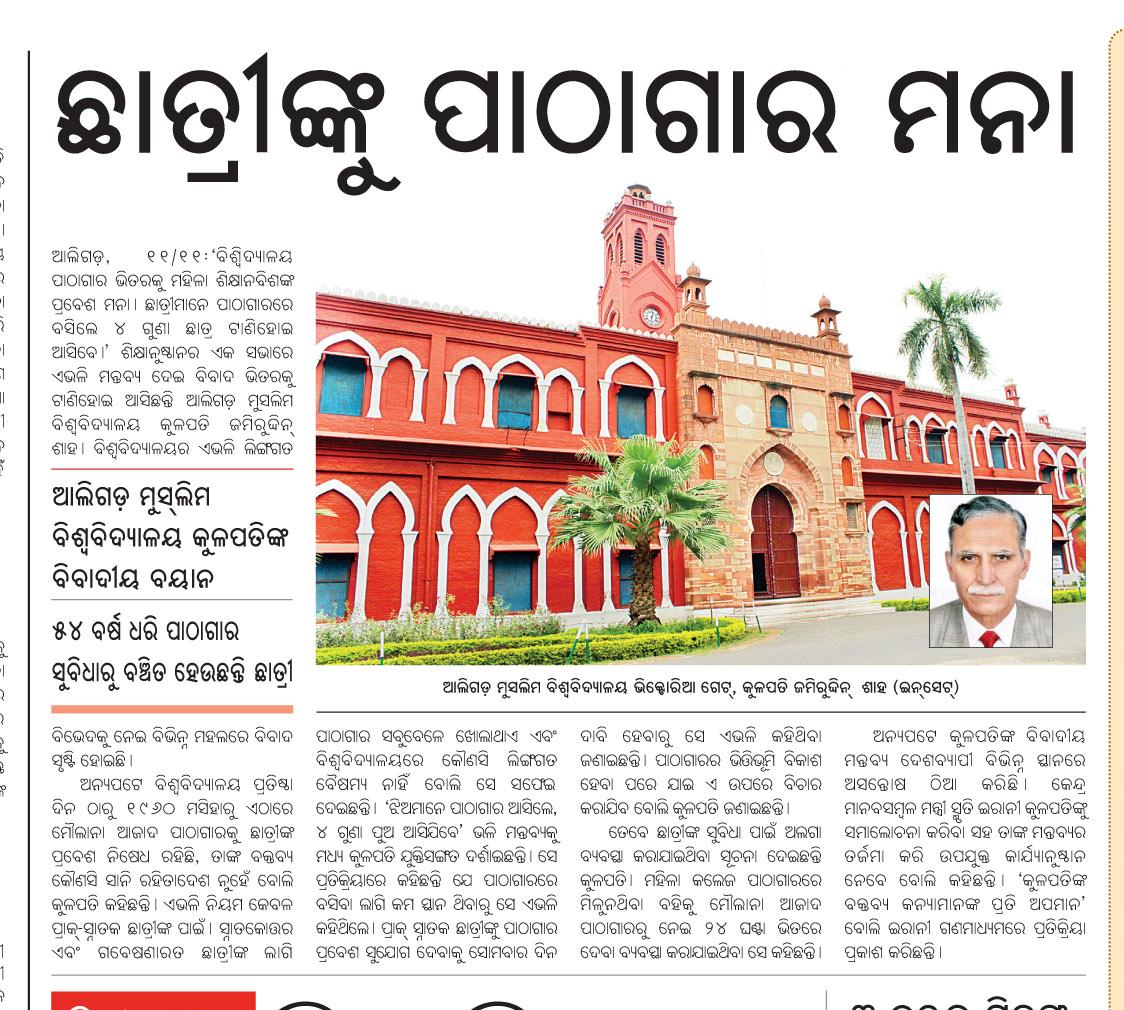 Permalink Reply by Dr Intekhab Alam Siddiqui on November 13, 2014 at 10:20
Maulana Azad Library Network needs expansion which is not enough to accomodate at least 20% of the total students. This is the responsibility of the Central Government to give extra fund for this purpose.
There is no discrimination at all on the basis of Gender. The important thing is "Books are for use" not the building. The Girls college (only UG) and their Hostel is 3 KM away from the Central Library, and in todays environment Library should reach to the users, and same thing is happening in AMU also, they have established separate libraries in the colleges and departments. As for as entry to the central library is concern, its open for all students and in the case of place of circulation is concern it is sole authority of the University/Library administration not the media to decide the place of circulation.

This is for kind information of media that:
The status of female education in AMU can be assessed from just one cherishable fact that out of the 220 total medal recipients 117 were girls during the convocation held last month.

Which library they are using?

Sir
I am ex student of AMU and I know the actual workload and services of the MA Library AMU, Aligarh. There is no discrimination on the basis on gender. Abddulaah College is a girls college and its students strength is approx 4000. If all of they provide to use the services of the central library then it will be great difficulty to the administrators to manage staff, resources, space and security.The library facility is also available in Abdullaha Colege.
Therefore, I think there is not a issue to discriminate between the girls and boys.........