Kumud and Dr.D.K.Sharma are now friends

Shikha and AKASH are now friends 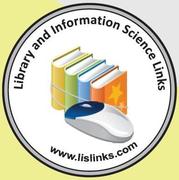 Export to Outlook or iCal (.ics)

Promotion of Library Automation and Networking in North-Eastern Region (PLANNER) is a bi-annual convention with a special focus to uplift academic libraries in the North-Eastern region, India in the aspect of library automation and networking. The event is organized by INFLIBNET Centre along with the universities located in the respective North-Eastern States.

RSVP for 11th Convention PLANNER- 2018 on "Rejuvenate Academic Library as a Social Hub" to add comments!